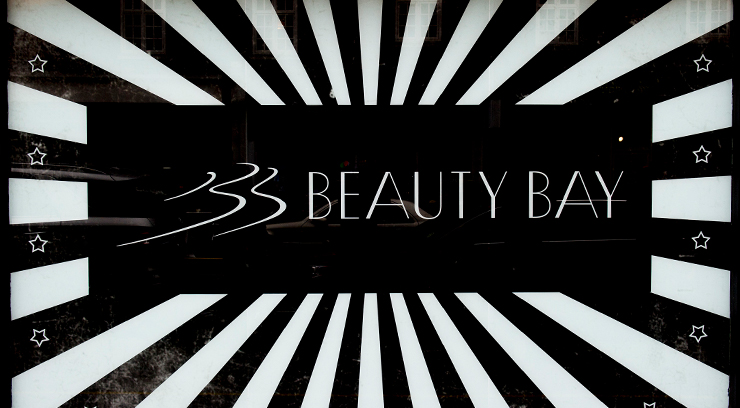 Beauty Bay hosted the Beauty Bay Carnival in London this week, attended by some of the biggest names in the beauty business. YouTubing beauty gurus Jeffree Star, Manny MUA, and Patrick Starr, and Jen Gerard, founder and CEO of Gerard Cosmetics, flew over from the States just for the occasion. Over two days, the event  – described, accurately, as “beauty heaven”, by one attendee – was one of the most high-profile, blogger-heavy gatherings in the business – the beauty equivalent of a glittering Hollywood party, but with brighter lips and bolder brows.

A venue decked out in carnival-themed decorations – from a harlequin girl on the door through to a ceiling full of black and white balloons – greeted an audience full of beauty insiders. The guest list consisted mainly of influencers and bloggers – the likes of Em Ford, Zoe London, Lily Melrose, and Jane Cunningham – alongside a bevy of beauty journalists, and otherwise notable (beauty-loving) figures like Stacey Solomon and Chloe Simms – attracted a storm of candid Snapping from guests.

As its name alluded to, the Beauty Bay Carnival was an eclectic culmination of exciting attractions. Jen Gerard invited guests to swatch and select from a rainbow of lipsticks, whilst Patrick Starr read guests’ beauty fortunes with tarot cards, and Manny invited them into his Hall of Mirrors for selfies, before they joined Jeffree Star on his throne for the IRL ‘star treatment’. In addition, makeup artists manned a ‘spin-the-wheel’ of Makeup Geek eyeshadows, and there was a playlist of party tunes, a photobooth, a Twitter gifting machine, and well-stocked swag bags, which guests filled up as they made their way from attraction to attraction.

Guests sipped on green juices and sampled rainbow coloured popcorn, chatted amongst themselves, took selfies (we’ve never seen so many Lumee light cases in one place), and left with swatches from wrist to elbow. The event’s hosts arrived early and left to much fanfare from throngs of milling fans thrusting their phones in the air. The crowd, on both days, mostly kept it cool, but several didn’t even attempt to conceal their excitement at meeting their idols, thrusting their phones out for selfies as soon as they met them. The hosts provided these with an all-American generosity, taking the time to chat with guests about everything from how to perfect a cut crease, to their top tips on finding Insta-fame.

You’d better believe that guests turned up in their most glamorous beauty looks. Winged liner, bright lips, and dazzling highlighter reigned supreme, swatchable makeup was strewn about, selfies dominated the space, and America’s biggest male beauty gurus turned up the sparkle factor (literally, their highlighter game was strong). After all, the event was thrown in celebration of the freedom of creativity, self-expression, and individuality they have brought to the modern beauty industry. Here’s what they all looked like.