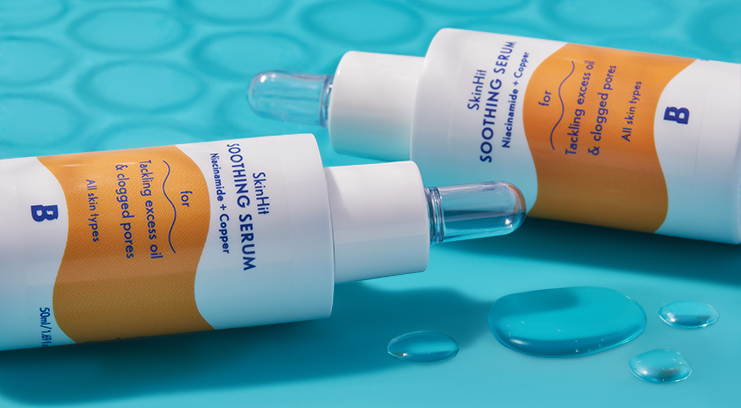 When it comes to blackheads, a stringent routine will sadly only get you so far. Unlike your regular run of the mill spots, blackheads are a whole different ballgame. Before we get started on all the things that you can do, know that the safest way to eradicate them is by heading to a professional facialist for an extraction. Don’t think your blackheads warrant heavy duty in-salon sucking? Or maybe you (understandably) are not prepared to part with the cash. Fear not, there are a slew of products and helpful pointers that will make a difference if done regularly at home and top derm Dr Sophie Shotter is here to tell you what, when and how.

“Simply speaking, blackheads are hair follicles that have become blocked with sebum and dead skin cells,” says Dr Sophie Shotter. Interestingly, the namesake colour that makes them so noticeable is caused by oxidation from the air. You may be familiar with the term comedone: the scientific name for a spot. Blackheads are called open comedones, which makes sense when you think about their structure. Instead of forming an icky white head (that we all love to give a good squeeze), blackheads are basically little open pores filled with gunk.

Why are some people more prone to them than others? “Blackheads can happen to anyone – since we all have hair follicles – but people with oilier skin, high levels of p.acnes bacteria, anyone undergoing hormonal fluctations, or those taking certain medication are unfortunately more likely to get them,” Says Dr Shotter. Ever notice how the majority reside on your nose, chin and centre of your forehead? Don’t worry, you’re not alone, there is a reason for this, as Dr Shotter explains: “this area, also known as the T zone, contains more sebaceous glands and produces more oil, which is why they’ll often congregate here.”

How do I get rid of blackheads?

Despite the temptation to dig and pick your pores apart (yes, we know, it’s exceptionally satisfying) please refrain. “The first key is please don’t squeeze them,” stresses dermatologist Dr Sophie Shotter. Not only do you run the risk of permanent scarring, “squeezing can damage pores, allowing debris to accumulate more deeply leading to problematic spots or cysts.” Plus, they’ll always come back so it’s pointless, really.

So, what is the proper way to wave goodbye for good? If your skin is on the oilier side, you should have already honed in your routine to cater to your complexion’s needs. Greasy faces need formulas that will help halt the overproduction of sebum and rebalance. Reaching for something too harsh, however, will result in the opposite. Read on to discover the pore-cleaners that do-good – and then some.

Overly clarifying cleansers have a tendency to strip the skin of moisture, causing your complexion to overcompensate and create more sebum. It’s a bit of a vicious circle. Instead, go for a gentle formula containing acids like AHA and BHA. “AHAs are water soluble and can be used to mop up dead skin cell debris. BHAs are oil soluble so help regulate oil production whilst exfoliating, making it less likely the dead skin will block pores,” Dr Shotter says. Holifrog’s Shasta AHA Refining Acid Wash is hard-working but safe to use daily. Glycolic and lactic acid are combined with soothing aloe, detoxifying bentonite clay and natural oils tamanu and rosehip, to mop up excess oil without stripping the skin.

If acids aren’t your thing and you’re more of a natural beauty junkie, try Gruum’s Kori Exfoliating Face Wash. Made up of 95% naturally derived ingredients, it owes its decongesting abilities to a blend of volcanic rock exfoliants, antibacterial botanical eucalyptus and witch hazel. Grumm’s products are handmade in the UK, are vegan and free from SLS, synthetic fragrances and parabens.

Next up: toner. A widely misunderstood product, toners really can improve your complexion when used correctly – especially when it comes to blackheads. COSRX BHA Blackhead Power Liquid is supercharged with – you guessed it – more acids, blackhead busting BHA to be specific. The combo of BHA and willow bark water penetrate pores and clear out the crap (sorry). The result? A smoother more refined complexion. If you’re already using Holifrog’s Acid Wash, apply Power Liquid three times a week. Introducing a myriad of exfoliators can initially send your skin into panic mode, so be careful and observant. If it feels like you’ve overdone it – spoiler: you probably have. Take a break. You’ll thank us later.

“Products containing retinol are great as these accelerate your skin’s cell turnover, aka its natural exfoliation process,” she says. Let’s not forget that it’s one of the most efficacious anti-ageing ingredients out there, too. New to retinols? Play it safe to start. A lower percentage applied a few times a week should suffice. Watch how your face reacts. If it hasn’t become an angry, flakey situation, you’re cool to crank it up a notch and introduce something slightly more potent. Oskia’s Retinoid Sleep Serum Level 1 is a great formula for beginners and contains a blend of retinoid, vitamin C & E and pro-vitamin D3.

Goes without saying: a good face mask can make your skin look and feel like a million dollars. “Clay or charcoal masks are an excellent addition for blemish prone skin because they reduce oil production and draw out impurities,” Dr Shotter says. Pick a pot that’s laden with detoxifying ingredients, like Alya Skin Australian Pink Clay Mask, which contains kaolin clay, witch hazel and aloe vera.

Seek out serums rich in niacinamide, a vitamin known for its blemish busting and purifying powers. “Usually produced in a serum form, niacinamide is excellent at cutting through oil and tends to be lightweight,” says Dr Shotter. You’ll be pleased to know that By BEAUTY BAY’s SkinHit Soothing Serum is both purse and pore friendly. Incredibly lightweight, it shrinks enlarged pores, decongests oily faces and brings unbalanced complexions back to centre, pronto.

If you must engage in some DIY extraction, do not use your hands. Instead, enlist Oh K!s SOS Blackhead Remover Tool to assist you. Heads up, this won’t work if your blackheads are minuscule. Foraging around your pores with said device will do damage, so save it for a simple press and go scenario – aka when the blackhead is huge and eases out pretty much on its own accord.