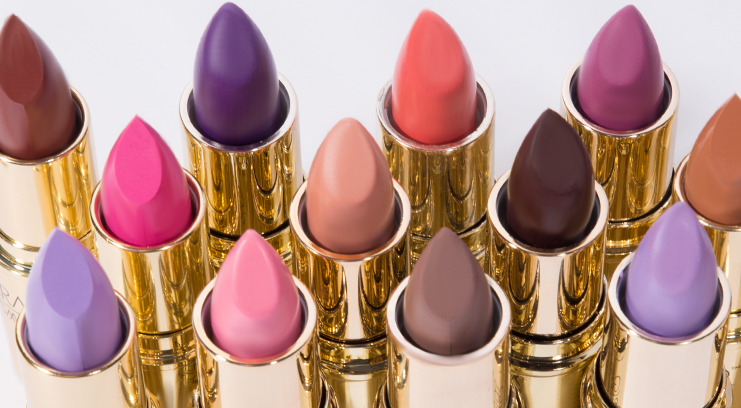 National Lipstick Day may be a relatively new addition to our calendars, but women (and men) have been wearing lipstick for thousands of years – literally since ancient times. It’s the makeup item we’re least likely to leave home without, and it’s also the most commonly shoplifted cosmetic item, which says a lot for how much it’s made its mark (pun intended) on society.

Aside from sharing our top lipstick tips and tricks in honour of the occasion, we’ve gathered 9 of the most mind-blowing lipstick facts so you can wow your friends with your beauty knowledge this National Lipstick Day.

1. During women’s campaign for the vote, suffragettes wore red lipstick to shock men. It consequently became a symbol of freedom. However, in the 1970s, feminists protested by not wearing lipstick.

2. During the Second World War, all cosmetics were rationed except for lipstick, which Winston Churchill insisted was kept in production to boost morale.

3. Lipstick packaging as we know it – a swivel up lipstick in a tube – was first invented in 1923. Originally these tubes were purchased empty so they could be refilled with any colour and brand of lipstick.

4. Economists use the term ‘The Lipstick Effect’ to describe how, in times of financial hardship and economic recession, sales of lipsticks rise. Shoppers buy cheap treats when times are tight.

5. A study by the University of Manchester shows that women who wear lipstick hold men’s attention for longer than those who don’t. And the brighter the lipstick, the longer they’ll look, with red being the most attention-holding shade.

6. Queen Elizabeth I believed that lipstick had lifesaving powers and applied it heavily when she was ill. At the time of her death she was said to be wearing half an inch of lipstick on her lips.