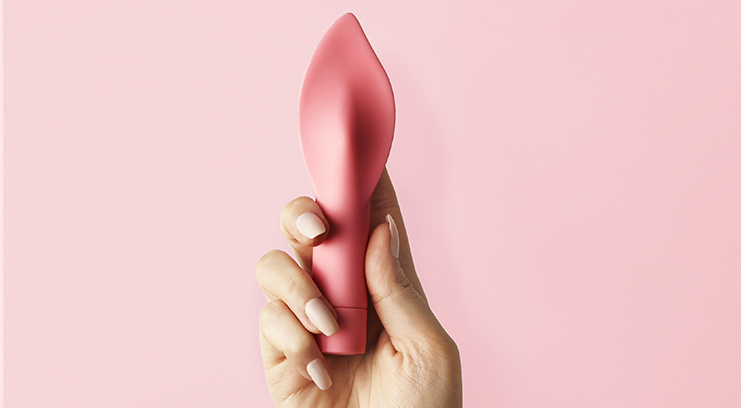 When the opportunity to review three of Smile Maker’s vibrators came up – I jumped at the chance. And it was mainly a jump for joy, after having a peruse of their website. With names like The Firefighter, The French Lover and The Tennis Pro, I wondered – if not now – when would I ever have the chance to sleep with such a wide range of professionals again?

When my new Smile Makers arrived (I went for the three named above – but, for namesake – The Billionaire was tempting too) in a nondescript, brown BEAUTY BAY box (I was pleased about this, the neighbour who took the package in for me probably just thought I’d ordered some new lipsticks, bless), I was counting down the hours until I got home from work. I had a big night of ‘research’ ahead of me.

Once I’d rescued my new ‘friends’ from their discrete BEAUTY BAY package, I realised they were in cute boxes covered with cool illustrations of the vibrators, even with little faces on. The packaging put me at ease – it was cute, nicely designed, and most importantly fun. Masturbation is meant to be just that – but I sometimes find that sex shops and toys can be quite intimidating, and often a lot of the toys look a bit – you know – much. They turn me firmly off, rather than doing the opposite. It might not be my first sex toy rodeo, but I still don’t want to buy something that looks like it’s going to hurt! But the Smile Makers toys almost looked like cutesy beauty products, unthreatening and inviting. The instructions were clear, and once I’d fiddled about with batteries for a moment, I was good to go.

The aesthetics of the vibrators matched their packaging. I text a picture to my friend of the cutesy toys and she commented that I could leave them out on the side – no one would know they weren’t little sculptures and tchotchkes.

I also liked that the Smile Maker vibrators don’t try and be various shades of ‘skin colour’, something kind of freaks me out when traditional toys try and ‘be’ the real thing. These toys look like art, not body parts. And with their pastel colours and intriguing shapes, my bedside drawer looks a whole lot more interesting.

This is where it gets interesting.

The Firefighter: The Firefighter is a flame shaped vibrator – and is a clever piece of kit. Placed flat against your vulva, it creates the kind of vibration I would class as capable of ‘getting you in the mood’. When you concentrate the nib of the flame in all the right places – wow. You’re in for a treat. What I enjoyed most about The Firefighter is that it wasn’t too much all in one area. Sometimes if you concentrate too much vibration in sensitive areas, you can numb quite quickly to the sensation, and things can start to get sore. When used flat, it was a completely evenly distributed vibration.

The French Lover: This vibrator is probably the least like anything I’ve ever used before, so it took a little bit of getting used to, and some fiddling to figure out where it felt best. It’s comprised of a silicone tube attached to the vibrate-y bit (hard to describe, have a look to see for yourself!), and when switched on, the thin silicone vibrates so hard it flicks up and down. This mimics the action of – you guessed it – the world’s most hardworking and eager-to-please tongue. I’ll say no more on this one, but I think I might just chuck men in the bin forever?

The Tennis Pro: This little guy is the most similar to something I’ve used in the past, so I felt pretty confident this would be a winner. With its curved head, I knew exactly where this one was meant to go (and yet, despite it looking like a classic sex toy, its tennis ball pattern and colouring made it so cute). Designed to be used both externally and internally, The Tennis Pro is a two-for-one when it comes different sensations. This one used internally, combined with either of the other two toys, was – pardon the pun – a vibe.

I also tested out the Smile Makers’ lube, both the Generous Gel and the Stay Silky Serum – both of which look like fancy skincare bottles on my nightstand. It never occurred to me to use lube during ~solo play~, but it really made a difference. It’s not sticky, doesn’t dry out easily, and doesn’t have that thick, gloopy feeling many lubricants. Traditionally, I’m not a fan of using lube because the consistency tends to make you feel very aware that you’re using it – this was more of a supporting act, not a key player. And it was just as good during the real deal, too.