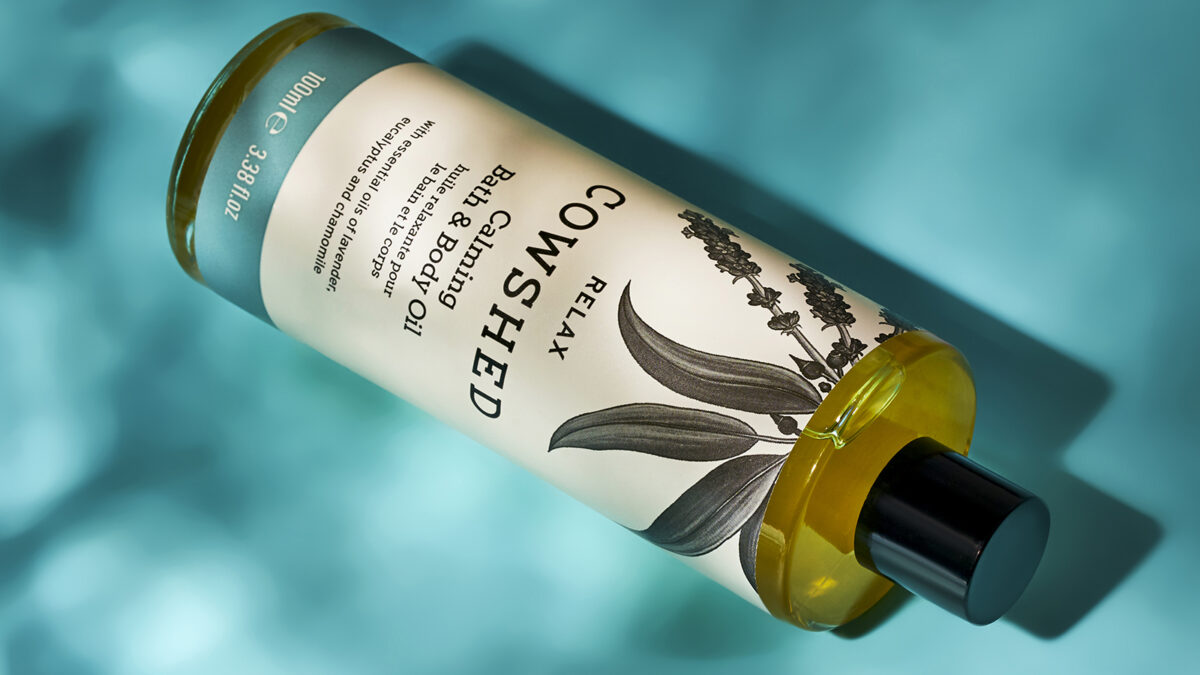 There is a case to be made that January is the most depressing month of the year. We’re back at work after the Christmas break, it’s dark, it’s cold, and we’re all attempting to change our habits for the cause of ‘new year, new me’. But if you’re feeling bluer than normal this month, you’re not alone. The third Monday in January is known worldwide as ‘Blue Monday’, officially the most depressing day of the year.

But there is some hope in this bleak tunnel. We know beauty products can’t change the world, but they’ll have a pretty good go at uplifting your mood and making you feel like today could be that little bit more special.

So, rather than dread the night drawing in at 5pm, draw a bath. Rather than worry about slipping on the ice, slip into a deep sleep. And rather than threat about sticking to your New Year’s Resolutions, calm yourself with a boujie candle or oil diffuser. After all, if January is the most depressing month of the year, it can only get better!

It’s the oldest wellness ritual in the book, but taking a long, hot, soothing bath has endless, scientifically proven, benefits. A bath can help you breathe better, relax your muscles and joints, balance your hormones, and regulate your temperature. That all sounds great, but do you know what would make it better? A few drops of Cowshed’s Relax Calming Bath and Body Oil. With lavender and eucalyptus essential oils, the oil will help you body and mind unwind while giving your skin some hydrating TLC.

There is no better way to bring the spa-vibes home than with an oil diffuser. Depending on which oil you add to your diffuser (see the next point for our recommendation), this calming mist can also have a number of benefits for uplifting your mood. NEOM’s Wellbeing Pod Essential Oil Diffuser diffuses your chosen scent across the room in minutes, stimulating the senses and refreshing the air as it moves. The low-energy LED light creates a candle like glow and can be used as a night light to brighten those darker than dark nights.

Find out more ways you can introduce aromatherapy into your home here.

January seems like the peak month for sleeping more but feeling less of the benefits. This could be partly blamed on Seasonal Affective Disorder (SAD) and partly on the quality (not quantity) of our sleep. NEOM’s Perfect Night’s Sleep Essential Oil Blend is infused with calming lavender, sweet basil, and jasmine to help you relax, unwind, and send you on your way to a better night’s sleep. Simply pour a few drops into your bath or NEOM Wellbeing Pod Essential Oil Diffuser before sleeping away those January blues.

Meditation is a great practice, but it needs exactly that, practice. Known to help reduce stress, promote productivity, regulate mood, and help you stay focusses, meditation could be the trick to brightening your January. Try adding Psychic Sisters’ Meditation Incense Set Holder to help you focus while you enter the world of meditation. The scents are designed to promote feelings of clarity, happiness and calm, exactly what January called for.

If you’re new to meditation, BEAUTY BAY’s very own yoga pro has a few tips on how to get started, you can read them here.

We all know sleep is the ultimate activity for maintaining our physical and mental wellbeing, but for many of us who can’t fall asleep at the drop of a hat, our bedtime routine needs a solid structure. This might involve a warm bath, a soothing cup of sleep-inducing tea, indulging in your skincare, or spritzing your pillow with a sleepy scents such as BeYou’s Sleep Pillow Mist. We recently added By BEAUTY BAY’s Satin Gift Set to our bedtime routine, and oh boy, the benefits are enough to make you love January. Slip the soft pillowcase over your pillow, tie your hair back with one of the satin scrunchies, and block out the light with the sleek eye mask, while protecting your hair and skin from nightly friction.

Want to know more about achieving a good night’s sleep? An expert told us all the insider tips, read the article here.

You’ll probably be already well read on the benefits of vitamin D, especially during the winter, but we’re going to tell you again because boy, it’s important! Vitamin D, or the sunshine vitamin, is naturally absorbed by the body during the summer months from, you guessed it, the sun. An essential vitamin for normal bodily function, vitamin D can help maintain healthy bones, teeth, and muscles, and can also help to fight off depression by regulating moods. So, if you haven’t already, add Solgar’s Vitamin D3 to your morning routine, especially in January.

Lighting a candle when you’re feeling blue is a simple but oh so affective way of lifting your mood or calming feelings of stress. Buying a new candle in an uplifting scent is an easy way to bring the feeling of a spa into your home. The flickering light and the soft glow of a candle is thought to relax the mind and create a peaceful ambience. Try lighting NEOM’s Happiness Scented Candle, white neroli, woody mimosa, and zingy lemon will boost your mood and help you think of brighter times.

It can be seen as a bit of a cliché to pick up a workout routine in January, but if you’re intentions are right, there is no reason why you can’t stick to it. Sure, it’s natural to want to feel good in your own skin, and Christmas indulgence might have left you feeling uncomfortable. But a solid exercise routine is best maintained when you do it for how it makes you feel, rather than look. After all, exercise is known to reduce feelings of depression, anxiety, and negative moods. Try adding Bala’s Bala Bangles 1lb Wrist and Ankle Weights to your at-home workout for your well-earned dose of endorphins.